Posted on8 Years ago by Sheepskintown
Love0
In the spirit of the Sochi Olympics--whether you'll be watching from home, enjoying from the sidelines in Russia, or just feeling festive--we thought, what better way to participate than to wear a Russian style Sheepskin Hat! While Russian hat styling is famous worldwide, the Russian Cossack and Ushanka hats are among two of the most popular. Russian Cossack hat styling has been seen worn by various Cossack hosts since the 13th century, who have inhabited the areas known now as the Ukraine and Russia. The hat is also associated with the military and their strict hierarchy. Check out our authoritative Mouton Sheepskin Russian Cossack Hat.

The Russian Ushanka hat is also known as a Trooper hat. The trademark ear flaps can be tied up to the crown of the hat, around the back of the hat, or under the chin. This Russian hat style was designed for military use, and worn by soldiers of the Scandinavian, Russian, and German army's to protect themselves from the cold northern climate.

Try our Yukon Russian Ushanka Hat on for size. It is sure to keep you warm out in the cold. 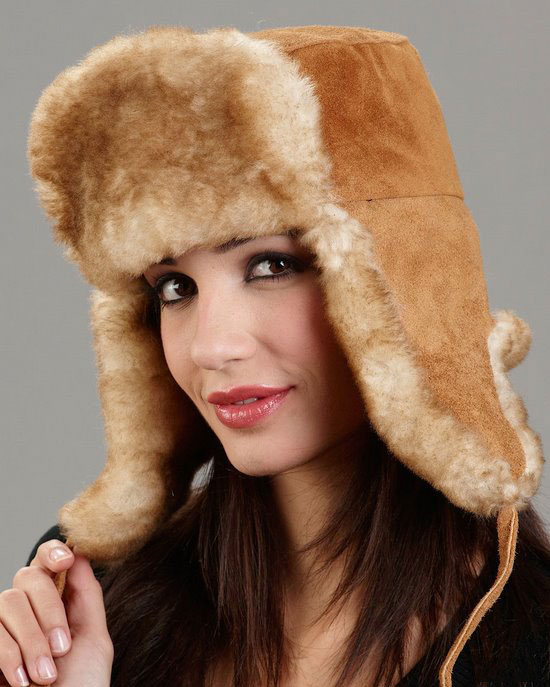 And for a completely different look with that same Russian Ushanka Trooper hat styling, take a look at our Frosted Brown Shearling Sheepskin Russian Hat. The smooth napa leather finish is attractive and durable.

Rest assured you won't be limited to just those three exquisite Russian inspired designs, take a look at all of our Sheepskin Hats to find your perfect style!
Previous article Next article