Posted on4 Years ago by Sheepskintown
Love0
It is no secret that leather makes for a great footwear material. It is quite evident from its widespread use since ancient times. One such footwear is the moccasins, and sheepskin moccasins provide that extra bit of comfort and insulation for cold weather.

This footwear is really a blend of moccasins, which were characteristic of Native American cultures, with the use of sheepskin, which was characteristic in the ‘old world’ as it was called. Moccasins are quite simple footwear. The original moccasins had sole and the sides made of a single cut leather piece which was stitched at the top. The sole was typically soft, though an extra leather piece could be added for additional durability. The soft-soled moccasin allowed the wearer to feel the ground while still having the feet protected. Though some versions of moccasins had hard soles to better suit the rocky terrain. Some moccasins used to have embroidered top for added aesthetics. The traditional material for making this footwear was deerskin and other locally available leather. In addition to the Native American tribes, the moccasins were also used for hunters and traders from the European settlers.  Today many different versions of moccasins are available. The soft-soled variants are quite suitable for indoor use, but many hard-soled ones are also available for outdoor use. The combination of these moccasins with sheepskin led to the sheepskin moccasins that we see today. The tradition of using sheepskin for making boots was common in Tibet, Mongolia, Russia and other regions with very cold regions. Sheep were one of the earliest domesticated animals, which led to easy availability of sheepskin. Thus, sheepskin was quite inexpensive and was even within reach of peasants. Despite the widespread availability, the insulation properties of sheepskin are quite superior. The loose fur traps plenty of air to provide good insulation since air is a poor conductor of heat. Also, the fur could trap moisture and thus allow perspiration inside sheepskin footwear. The sheepskin fleece can trap more than 30% of its weight in moisture. Thus, this creates an airy and comfortable feeling. Add to the fact that the cushioning and feel provided by sheepskin fur provides superior comfort, and you have a great material for a comfortable and insulating pair of moccasins. 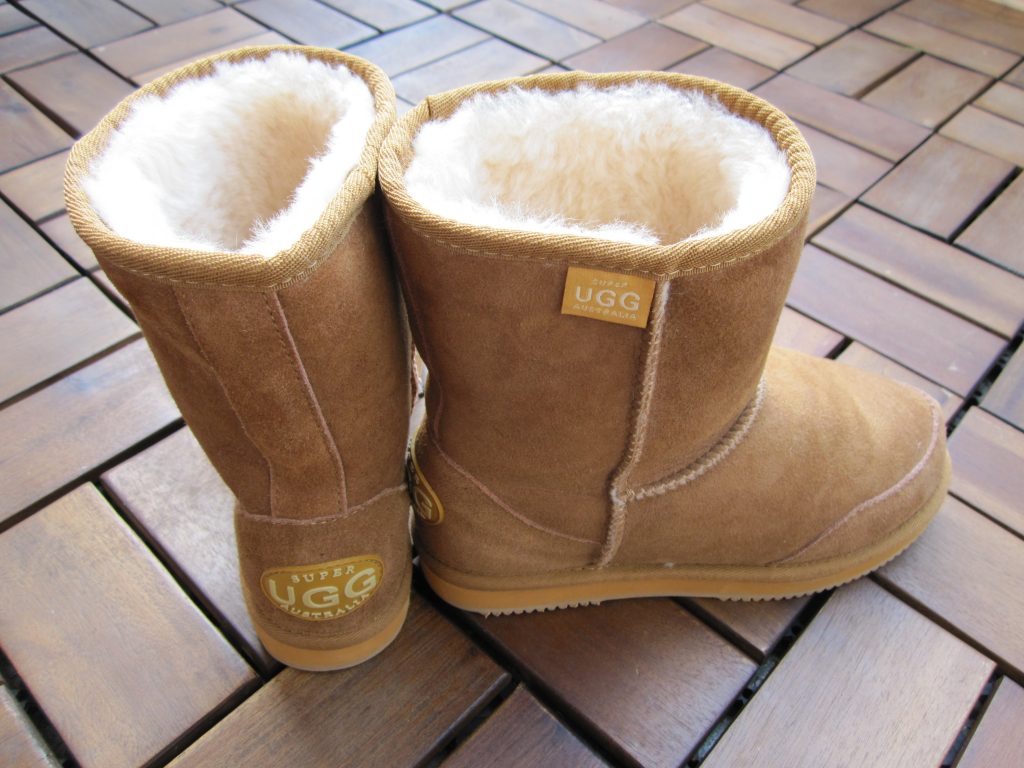 The instance of irritation and allergic reaction caused by sheepskin is also quite low. For constructing modern sheepskin moccasins, the outer part may be made of some durable leather or faux leather made of polymer, and a sheepskin liner is provided inside such that the wearer’s foot is covered by fleece. These moccasins are very comfortable, with some users describing the feeling as walking on a cloud. Since the outside layer can be made of many materials, there are many colour and design options to suit any wardrobe or style. The top is usually simple with the moccasins to be used similar a simple slipper, but some have adjustable buckles. It is also common to find various decorative embroidering and laces to increase the appeal of the sheepskin moccasin.
Previous article Next article